Development of the industry of Gabrovo is a main theme in the museum exposition, which includes more than 20 video installations, program products, virtual images & decors, representing the industrial growth of Gabrovo in C19 & C 20.

In the four floor museum building, where exposures are placed, visitors may acknowledge with the different kinds of production & crafts which made Gabrovo famous in the past as ,,Bulgarian Manchester” and which turned the town later into the most powerful industrial center during C 20.
The museum is divided into 3 parts by themes : Industrialization – since end of C19 till 1944; Socialism – since 1944 till 1989 & Present – since 1989 till nowadays. Each period is presented in its integrity, being thematically & spatially separated on each floor of the building.
Museum offers different alternatives for acknowledgement of the exposures – a tour with a guide and a virtual host in 3 languages, enabling many opportunities for own choice of digital and audio-visual applications. It is projected so that is adapting the visit according to the preferences of each visitor. This unforgettable trip through time offers both training and informative aspects as well as amusing jokes with the participation of the audience.

A modern 3D projection hall is presenting the most beautiful & emblematic sightseeings of the town & its surroundings. On the basement floor of the museum there is a modern & comfortable cinema hall, where visitors may have a look over the town and suburbs from a birds sight of view in a ten minutes 3D film.
One of the greatest attractions for the citizens and town guests is the evening show, including projections on the facade of the museum, realized by a 3D mapping technology. 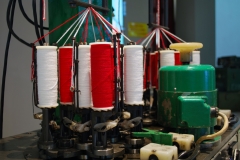 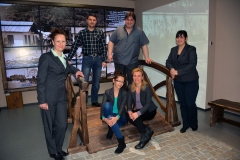 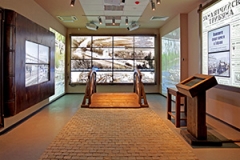 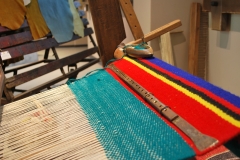 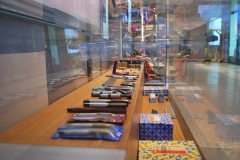 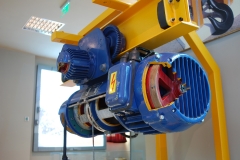