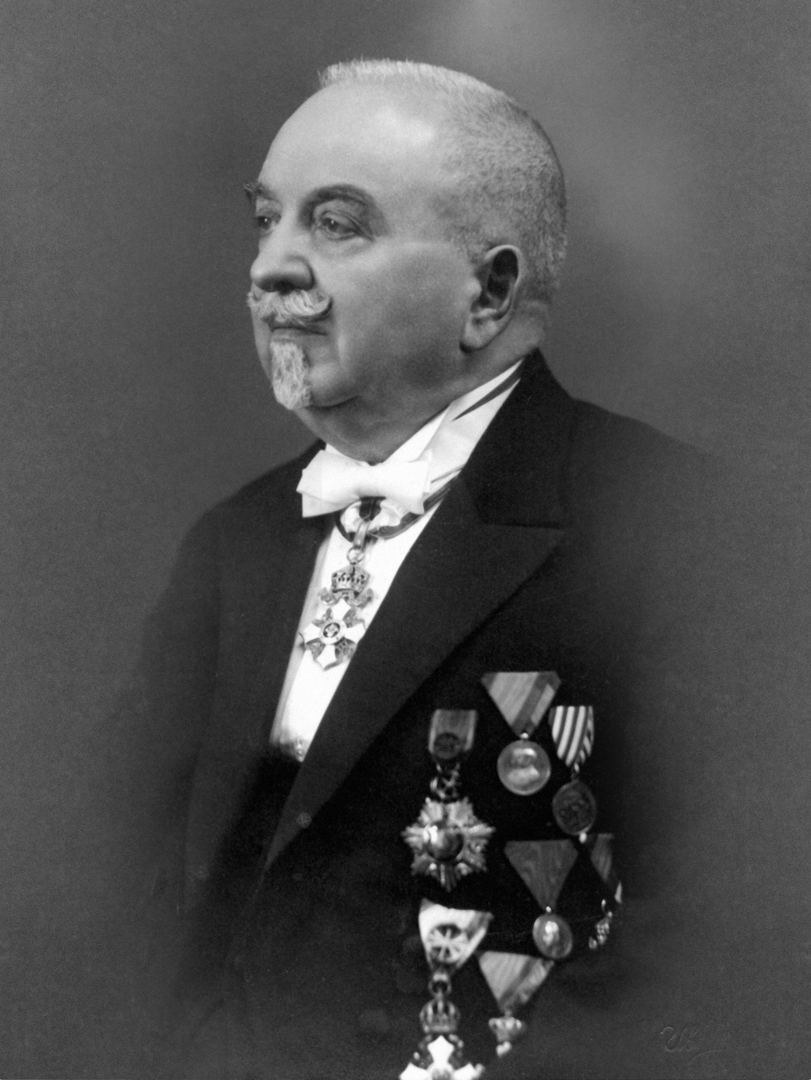 Born on June 14th, 1856 in the city of Veliko Tarnovo in a wealthy family, Vassil Karagyozov is a relative of the famous Stefan Karagyozov – founder of the first factory for silk making in the city. At the age of fifteen only he had graduated school in his home city. After that, Vassil was sent to Europe, where he continued his education, studied German and French, trading and mathematics. On September 21st, 1881, together with Ivan Kalpazanov, he went to the city of Kemnits, Germany – a famous industrial center. At “Hartmann” factory they ordered a set of weaving machines for tweed yarns for the future Kalpazanov’s factory. Machines came by ship along the Danube River at Svishtov port. Being a highly intelligent person, Karagyozov was constantly helping with the work of the factory. In 1887 he married the first daughter of Ivan Kalpazanov and since then he constantly looked for the proper work and development of the factory. This lead to leaving teaching in 1889 and paying entirely attention to the industry. Karagyozov became a director of the factory. In 1892 for the first industrial exhibition in the city of Plovdiv, he delivered from Vienna a very nice exhibition pavilion, which was transported into parts by Austrian specialists. It was the most beautiful and visited pavilion at the exhibition. After the death of Kalpazanov, Karagyozov stayed as a director of the factory until 1900. Due to relatives’ misunderstandings and suspicions he left the company and ruled factory “Uspeh” for a certain period of time. The world crisis that had come, directly affected one of his sons-in-law and leaved his daughter a widow. This was the last sign that showed him he had to leave civilization and become a monk at “Sveta Gora”. Almost all the citizens of Gabrovo went at the railway station to see him off. On March 29th , 1938, monk Venyamin from “Sveta Gora” died. He bequeathed his big library to the monastery. By his insistence and with his money, they made the monastery bathroom, furnished with a boiler and a bath. The cell where he lived up to his death was preserved. Karagyozov died in loneliness, but with purified spirit.