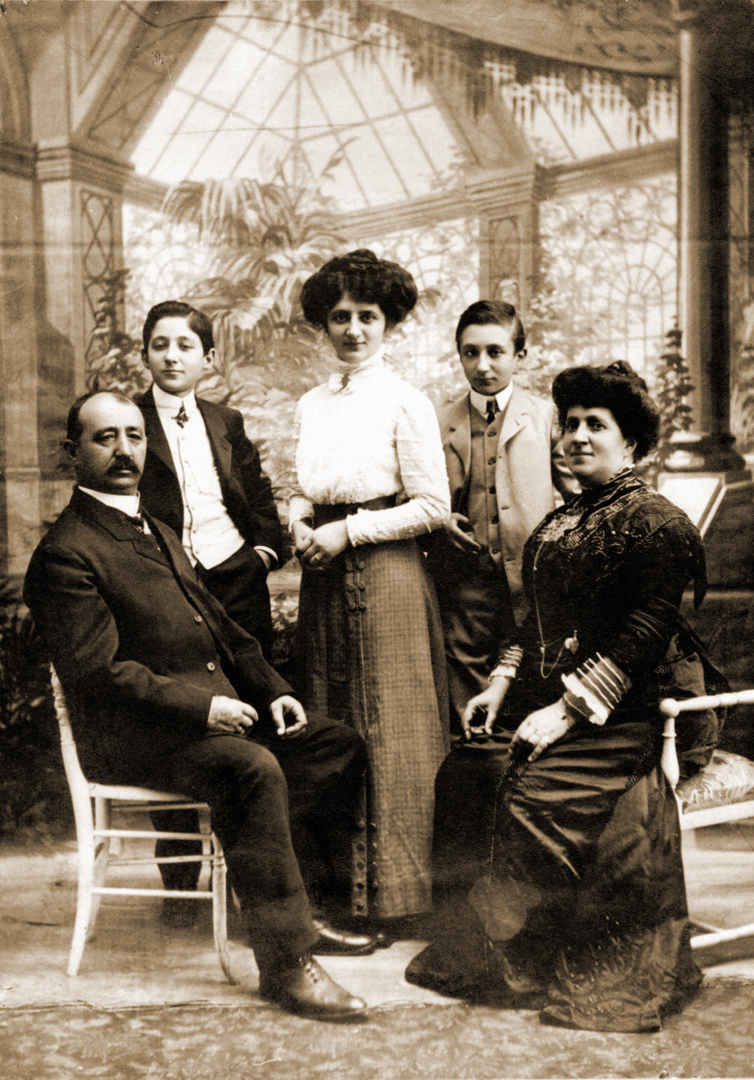 Ivan Ivanov Hadzhiberov was among the first builders of industrial Gabrovo. He was born in December 1858, in Gabrovo. Ceased his study up to second class, started work and during the Liberation War he had enrolled a volunteer. In 1885 he took part in the Serbian-Bulgarian War. For a certain period he was a trader of foodstuffs and tobacco. He renovated his father’s old flour- mill and became the first one who produced white flour without bran. In 1891 Hadzhiberov went to Germany and bought five weaving looms, dynamo and electric bulbs with coal wires. He assembled them into his father’s flour- mill and the first electric bulb in Bulgaria was lit. In 1892, together with Andrea Momerin they raised a factory for production of fine European fabrics. In 1902, Hadzhiberov bought Momerin’s share and became an owner of the factory and up to 1904 he increased the number of weaving looms to 45. In 1906, alongside the Yantra River he built a water- power electric station – the first one in Bulgaria for industrial purposes and the first one built with Bulgarian private capitals. He supplied electricity for his factory and the buildings around it as well as the central part of the city and living houses. The station survived even after Nationalization. Hadzhiberov was the first one who brought ready- made clothing – sewing of European clothing and selling them as well. In the region of his factory he created a park and an orchard, built the first tennis court and skating rink in Bulgaria, raised boarding- houses for his workers, offices, a “ theatre, school and rest ” saloon. Tsar Ferdinand, in person, had been his guest and stayed at his home soon after the announcement of Independence of Tsarist Bulgaria on September 22nd , 1908, when he welcomed the tsar by saying: “ Your Majesty, you are a tsar of Bulgaria, and I am the tsar of electricity. Welcome in a Bulgarian home.” Hadzhiberov was nominated an order of civil merits 4th rank.
After 1927, Ivan Hadzhiberov felt tired and gradually resigned from the management. Bad luck events that happened to him, especially the death of his beloved wife Todoritsa in 1925 reflected his health status. Although that, he went to the factory every single day. He died at the age of 78 in 1934. After his death, his son Sava Hadzhiberov became a director of the factory. The factory had existed till 1947 when it was nationalized.