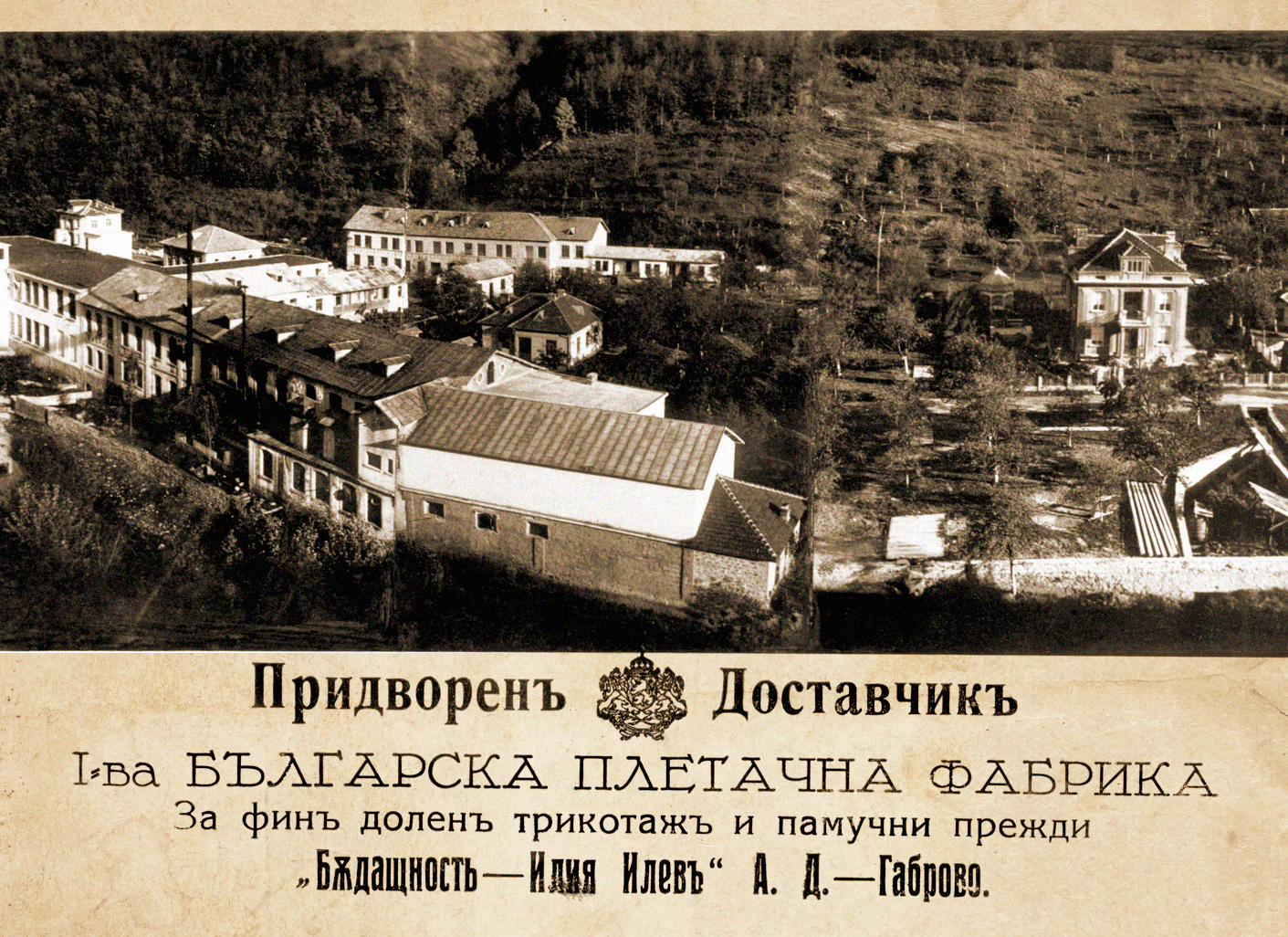 Ilev is born in 1875 in the family of a famous kin from the region of Bichkinya. The family has many members – three brothers, two sisters and two dead children – twins. He started his apprenticeship since his childhood. Ilev studied for two years only in an elementary village school. He saved some money and bought a small place near the Yantra River in Gazurnitsi. After that he opened a weaving workshop, but he had a wish to create his own factory. His capital for realization of this idea was too small and thus he was forced to look for partners. In 1909 they had raised “Badashtnost” factory. Later, in 1924 Iliya Ilev bought all the shares and became the one and only owner of the company, producing cotton and wool knitwear, as well as yarns. Ilev is famous not only for being industrialist, but also for being a big donator. In 1922 he granted 10 thousand leva to the elementary school in Bichkinya village and 5 thousand leva to the school in Gazurnitsi village. The family of Iliya and Radka Ilevi granted 140 thousand leva for the decoration and icon painting of Bichkinya village church. After the death of his wife, Ilev built and furnished a hostel – a boarding – school for children from Etara, sanctified on October 16th, 1938. After his death in 1941, management of the company is taken by his son Dimitar Ilev.